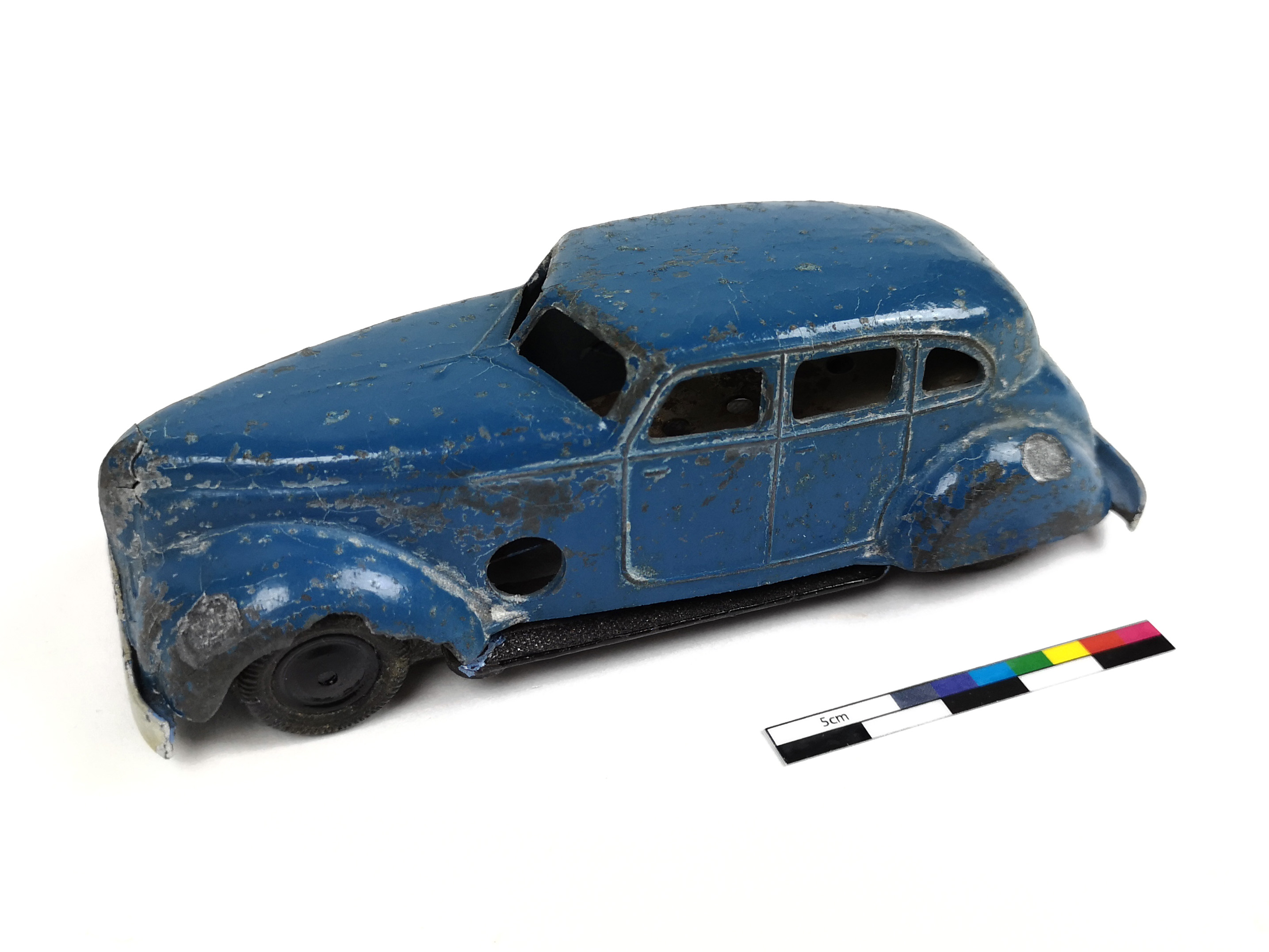 The object is a miniature toy vehicle shaped as a late 1930s/early 1940s car, looking like a Graham Hollywood (1941), a Lincoln Zephyr berline (1940) or a Chrysler Imperial (1939). It is made of a berline bodywork sitting on a frame supported by four wheels. The bodywork is made of metal covered with a blue coating. A degradation phenomena is noticeable and concerns the surface and the structure of the bodywork of the object, in the form of craters showing a loss of both coating and constitutive material.

In 1919, Ferdinand de Vazeilles creates a precision fondry in Nanterre, becoming one of the most renowned in Europe for their die casting technique of special materials used in the automobile and aeronautic fields, for pieces as carburettor or cylinder head.

In the 1930s, he had the idea to use injected metal to create technical toys which were previously made of metal sheets. He named his brand "Solido" to refer to the strength of his material. The first toy vehicles made of zamac were commercialized in 1933. They are mainly convertible toys which are not always representing real car designs.

The Solido company is created in 1937 and is only dedicated to zamac toys.

The constrution parts of the toy car are the bodywork, the frame in which the axletrees are inserted and fixed with two screws to the bodywork. 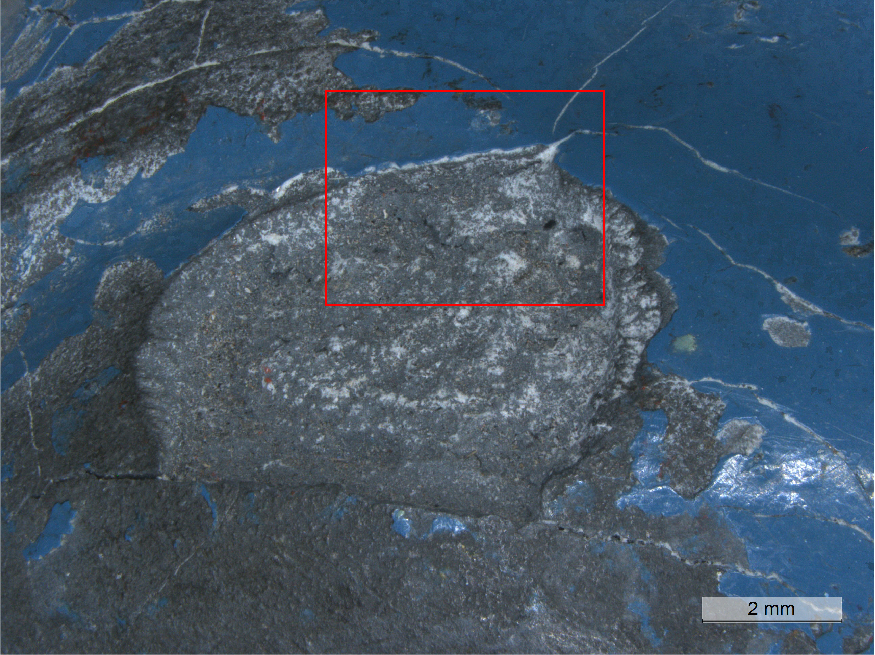 Detail of the observed area 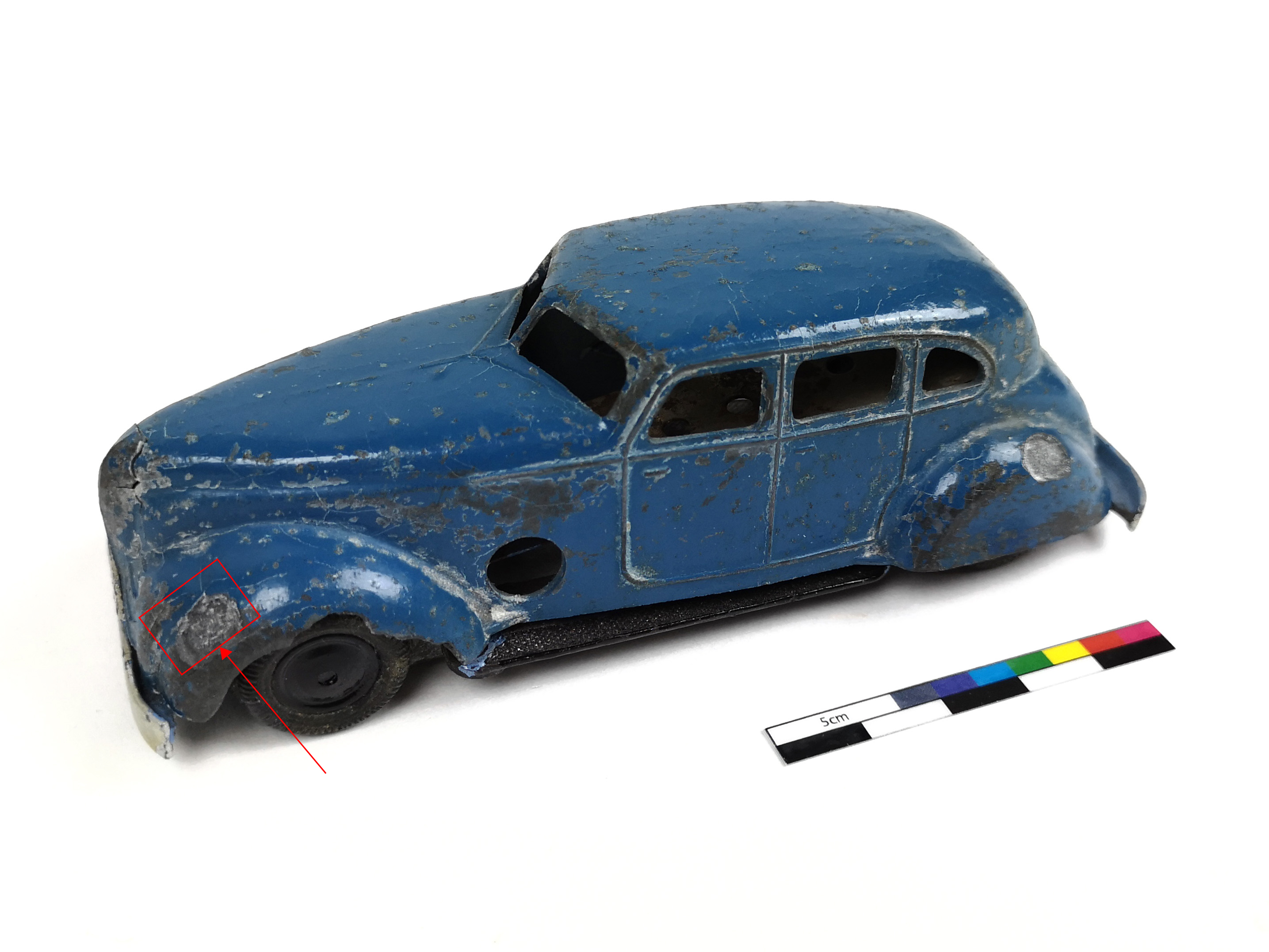 "Tobias-mobile", miniature toy vehicle made of zamak, location of the observed area

There is a lot of cracks on the paint layer and the metal presents localized gaps and cracks. We can observe a certain brilliance on the paint.

The metal is dark grey and, on gaps, there's a heterogenous mix beetween a light grey and a dark grey structure, with some red points. Some cracks are white and seem to have been pushed outward (corrosion under layer of paint ?). 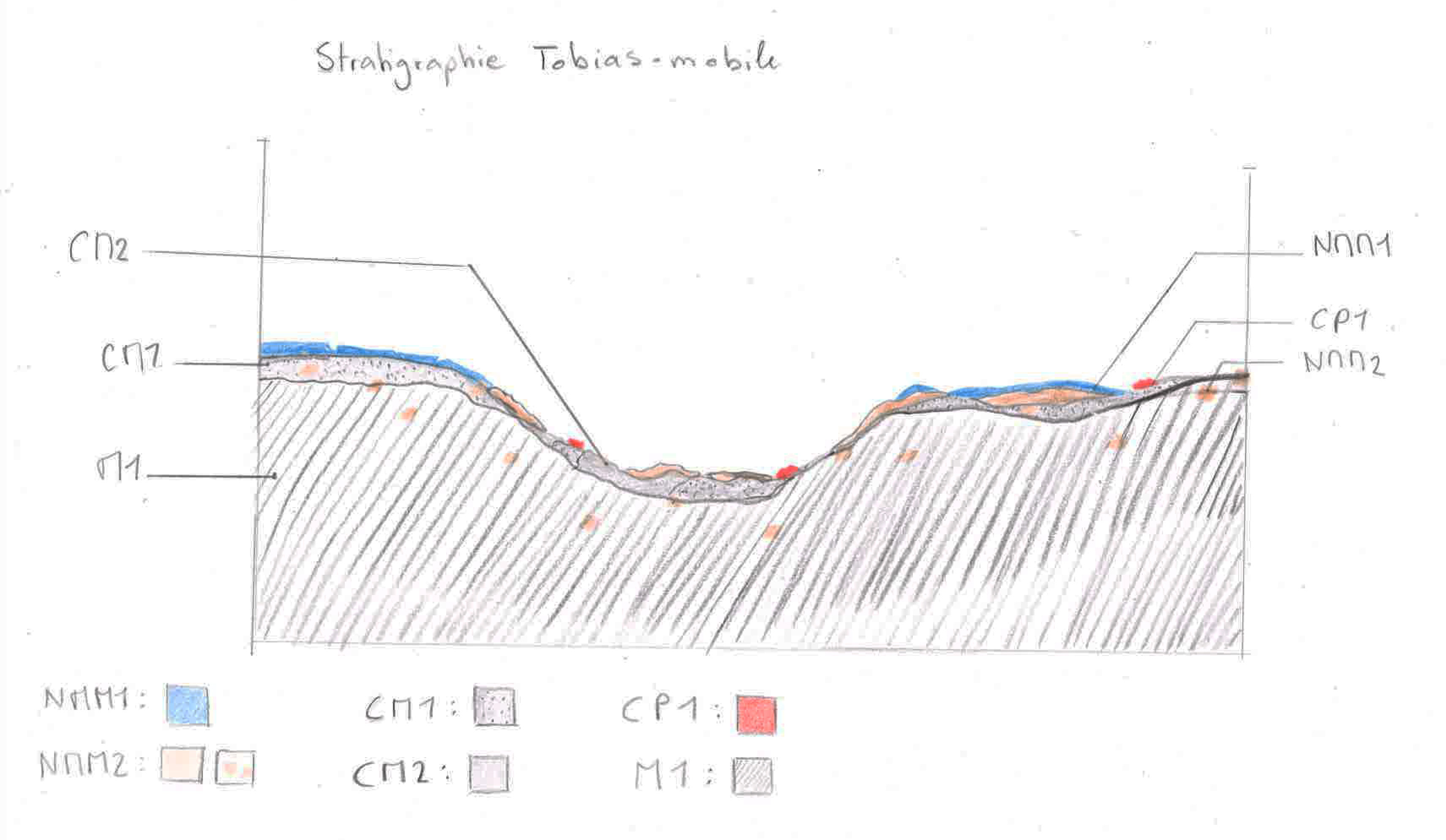 Stratigraphy representation of the object by macroscopic observation 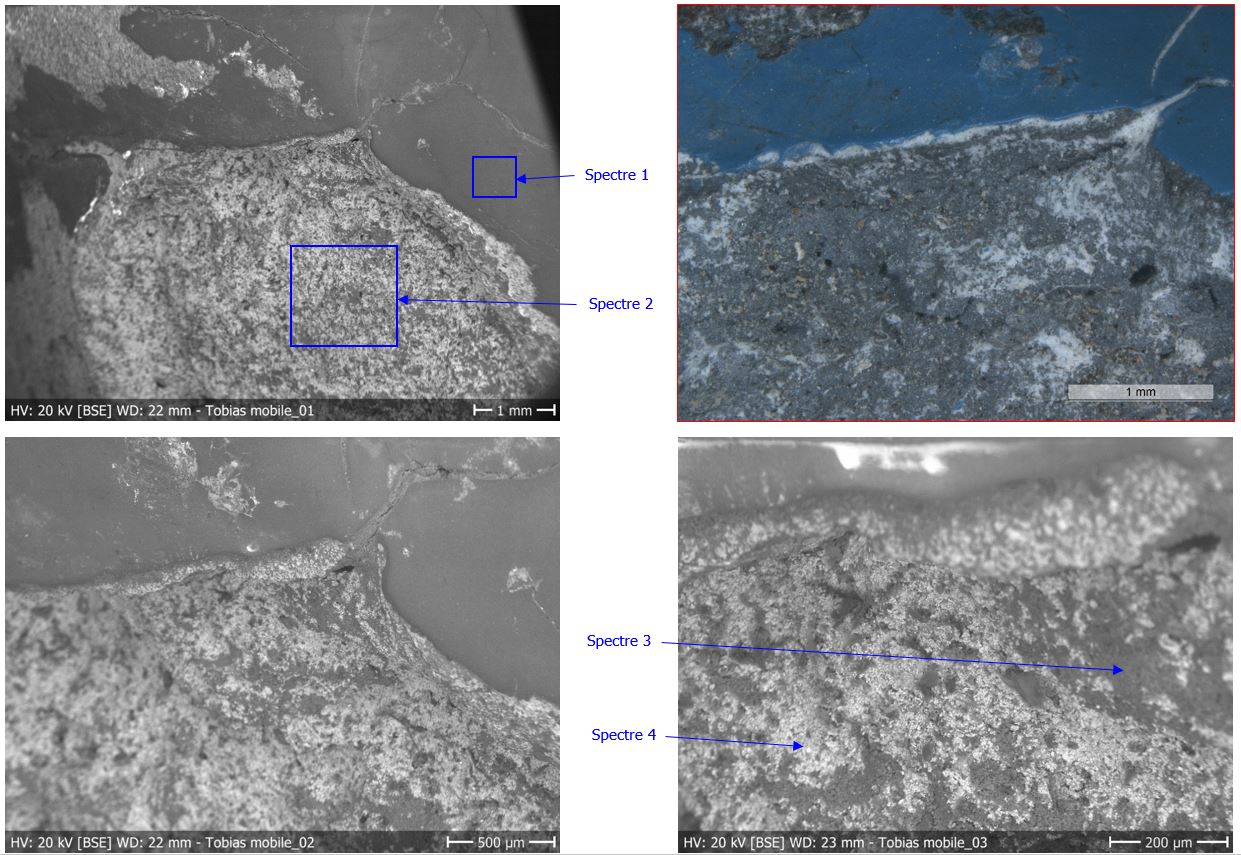 Detail of the four analyzed areas on SEM-BSE

We firstly proceeded to X-ray fluorescence (XRF) to obtain a general idea of the composition of the blue paint layer and of the constitutive metal.

These stratums can be observed on the stratigraphies in the chapter "Macroscopic observations". The Micorr stratigraphy gives further informations about the results.

The metal is made of zamak alloy, composed of zinc, aluminium, copper and sometimes some magnesium addition. The degradation phenomena observed on the object, shaped as craters, seem typical for the alloy.

A high quantity of silicon has been detected by the SEM-BSE under the paint layer, in every stratum. It is quite difficult to explain the presence of silicon here. We formulated four hypothesis to attempt an answer:

- Silicon can be part of the zamac alloy, as a filler. Calamine, silicate de zinc, [Selwyn p.165]

- Silicon can be a residue of the cast envelop;

- Silicon can be a primer;

- Silicon can be a residue coming from the use of the object or its cleaning.

Synthesis of the macroscopic / microscopic observation of corrosion layers
Conclusion

From what we have observed, we understand that there is a need to do further analysis to get more information.