Armature from a clock movement 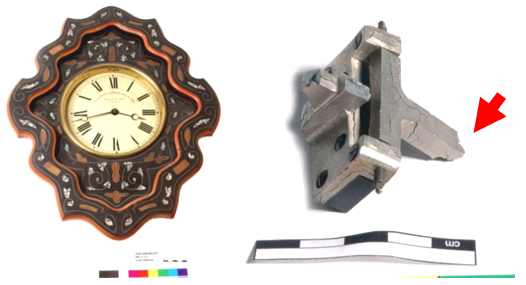 Armature from the clock movement of a wooden wall clock with electric movement (fig. 1). 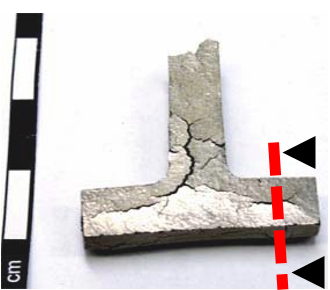 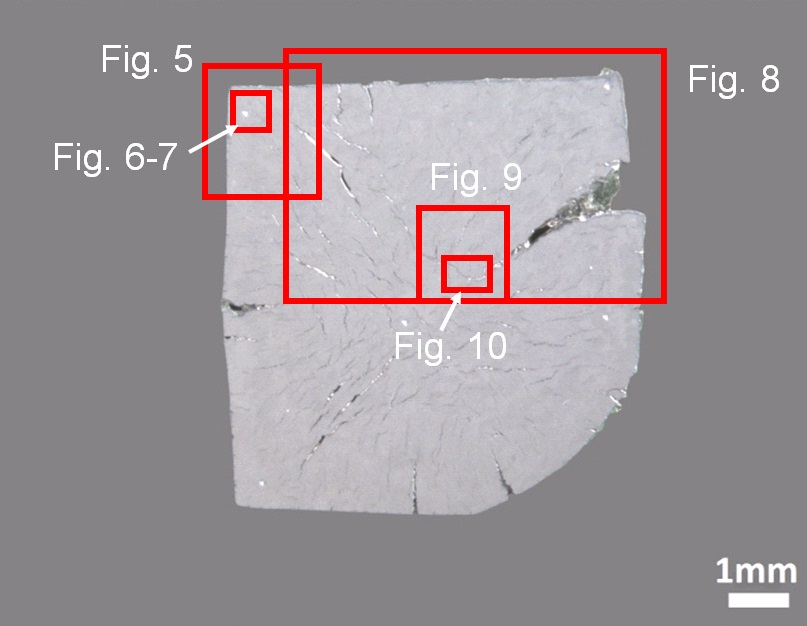 The metal is a Zn-Al-Sn-Cu alloy (Table 1) with an average hardness of HV1 105.  A fine dendritic structure is observed (Fig. 5) which consists of clearly separated Zn, Al-Cu and Sn-rich phases (Figs. 6 and 7). Pb is associated with Sn but also forms tiny nodules. 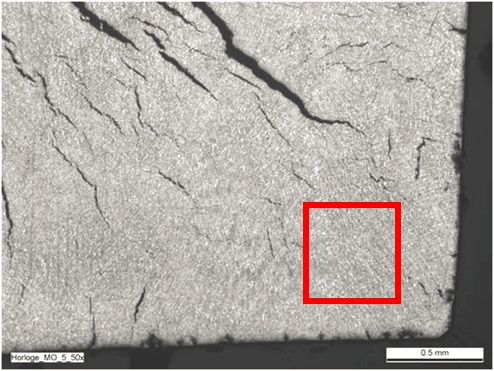 Fig. 5: Micrograph of the metal sample from Fig. 3 (inverted picture, rotated by 270°, detail), unetched, bright field. A dendritic structure is visible. The micrograph of Fig. 6 is marked by a square, 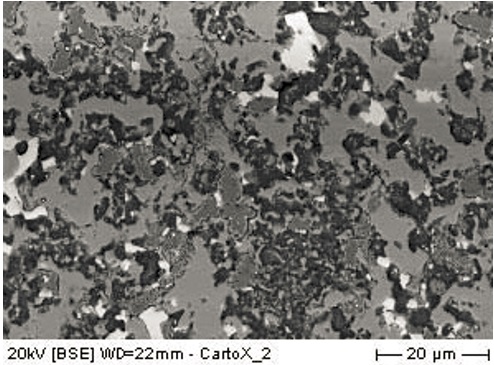 Fine dendritic structure (no cohesion between the phases)

The Zn-rich phase is heavily oxidised internally (Fig. 7). The corrosion has developed throughout the entire metal body, generating cracks (Figs. 8 and 9). The cracks are Zn, O and C-rich (Fig. 10) and could be composed of zinc carbonate. 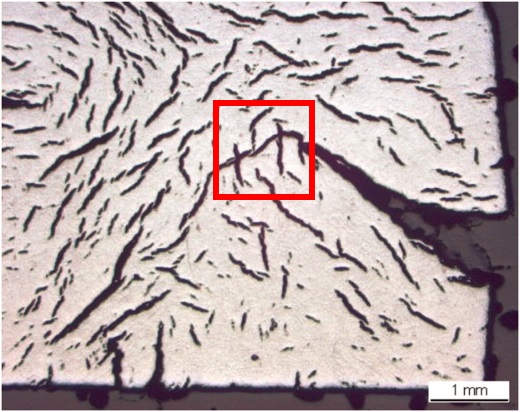 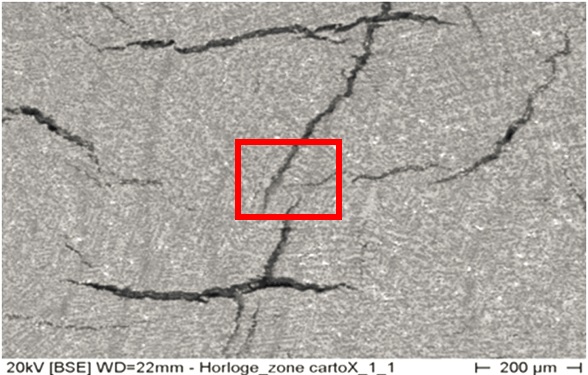 Fig. 9: Micrograph of the metal sample, detail from Fig. 8 (reversed and rotated by 90°), unetched, bright field. A dendritic structure is visible. The micrograph of Fig. 10 is marked by a rectangle, 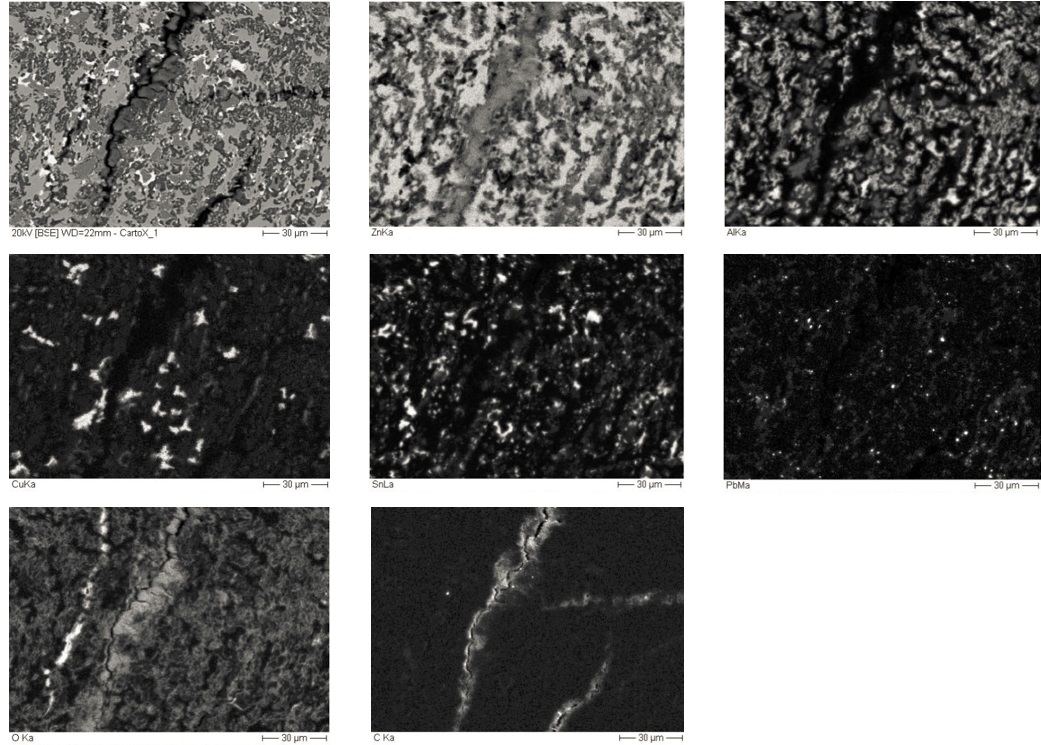 The armature of the clock mechanism is constituted of a ZnAlSnCu alloy. The absence of cohesion between the different phases has led to the penetration of O during the manufacturing of the alloy. Small original cracks have developed further eventually causing the armature to break. This phenomenon, known since the 1920’s, is called zinc pest. It develops mainly on cast objects, starting with localised modifications (blisters and pits, Cramer and Covino 2005).

It appears that the armature was made of an unsuccessful experimental alloy. The IMH has in its collection a similar mechanism with the same armature but made of an another more stable alloy, suggesting then that our armature was some kind of prototype element.