The object is the tip of a cooking pot handle representative of the Augustan age (100 AD), recognisable by the axial symmetry and the two orifices surrounded by prominent edging and flared shape. The upper part is composed of an openwork flower with three petals, comparable to the representation of the fleur-de-lis. A curved pattern frieze can be seen in the centre of the object. No decoration was found on the back. Before treatment, the object was covered with green corrosion products and organic remains, most of which were mineralised (Figs. 1a and b). Dimensions : L = 73 mm ; W = 48 ; T = 9 mm ; WT = 80.8 g. 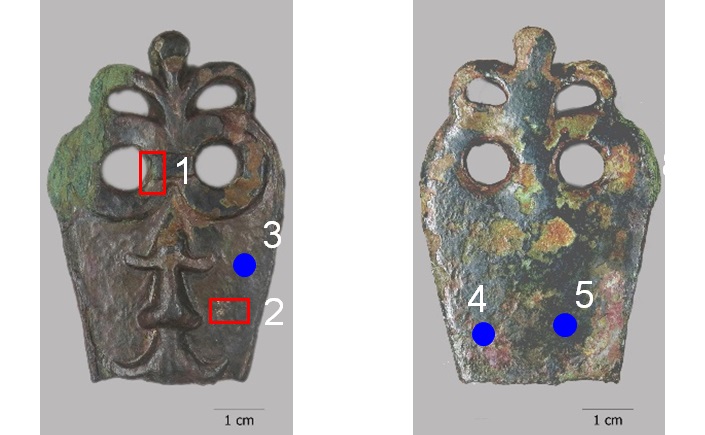 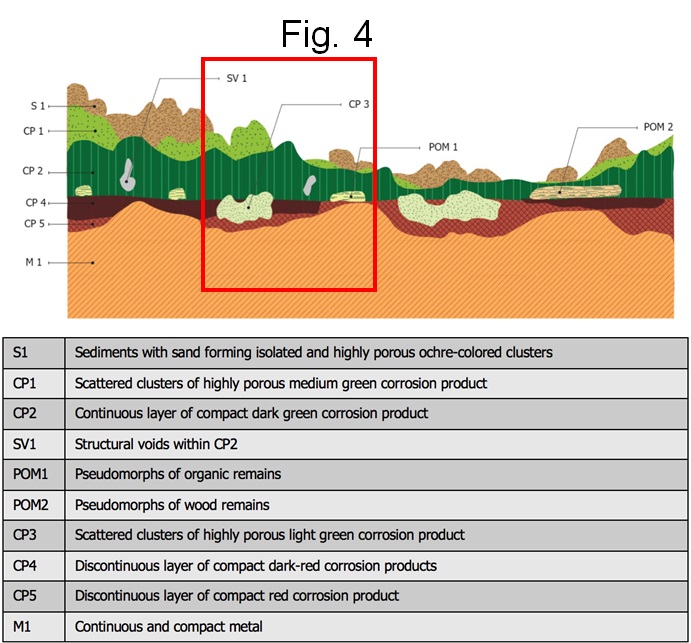 Fig. 4: Stratigraphic representation of the cooking pot handle fragment under binocular using the MiCorr application (to be compared to Fig. 3). The stratum SV1 is missing because it is integrated in CP2 and it was not possible to represent it in MiCorr while POM1 and POM2 are merged as POM1. The characteristics of the strata are only accessible by clicking on the drawing that redirects you to the search tool by stratigraphy representation, credit MiCorr_HE-Arc CR, L.Ruynat.
Sample(s) 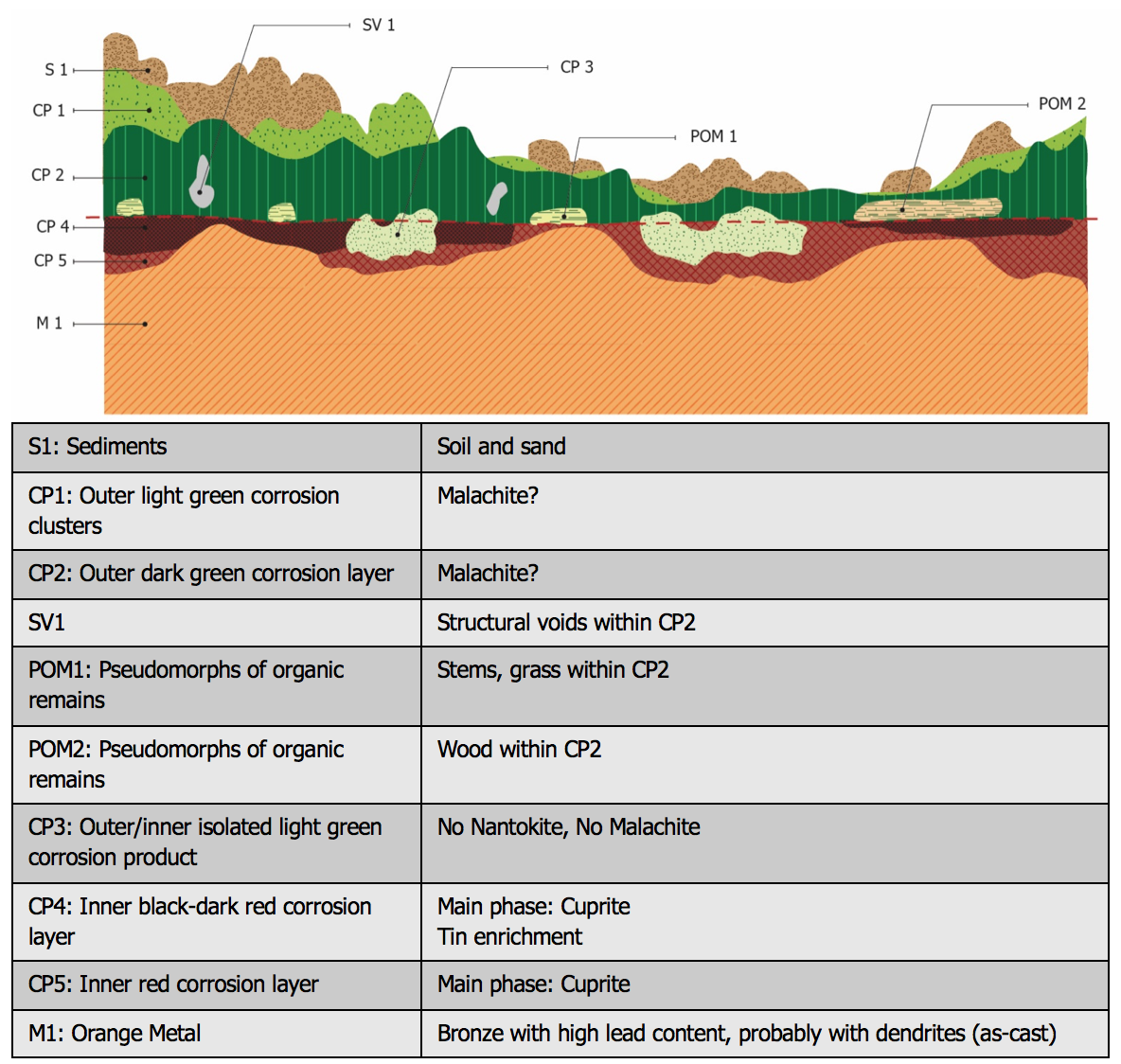