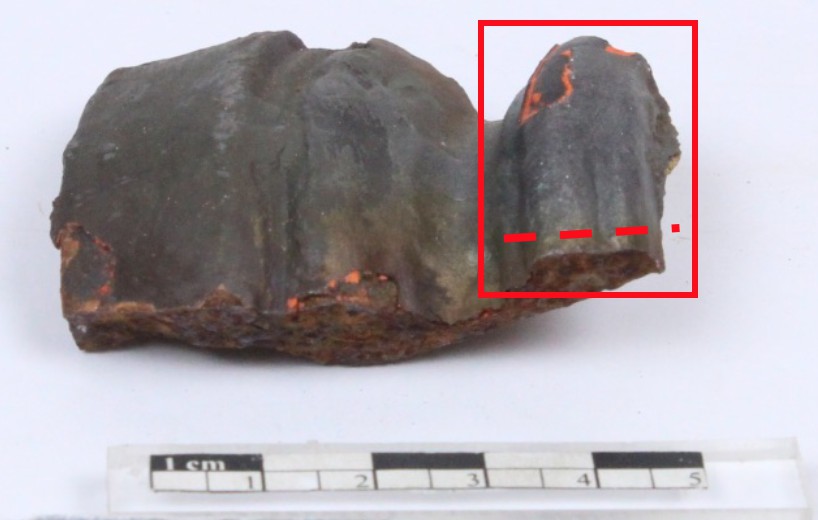 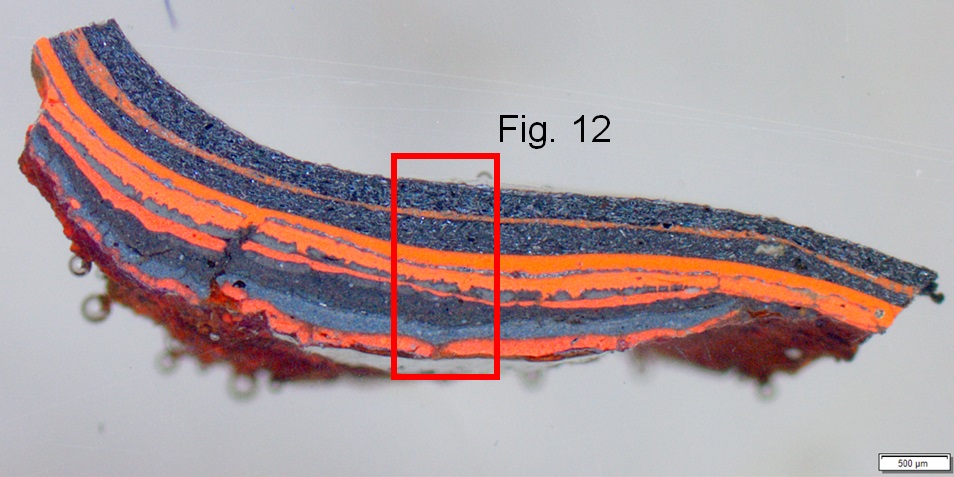 Furthermore, local analyses were carried out in order to determine the chemical composition of the paint flake. Three analyses were carried out for each colour (light grey, black and orange in Fig. 5). The colours correspond to the paint layers previously mentioned, but their composition is slightly different (Table 2, Table 3):
- The light grey layer (similar to NMM1) contains Pb, C and O. Its composition is significally different from NMM1 as it contains neither Ba, S or Al.
- The black layer has a similar composition to NMM2 (C, Fe, O and Al).
- The orange layer is even more rich in lead than NMM3 and contains Ba. This layer is probably a preparatory layer of red lead (Pb3O). 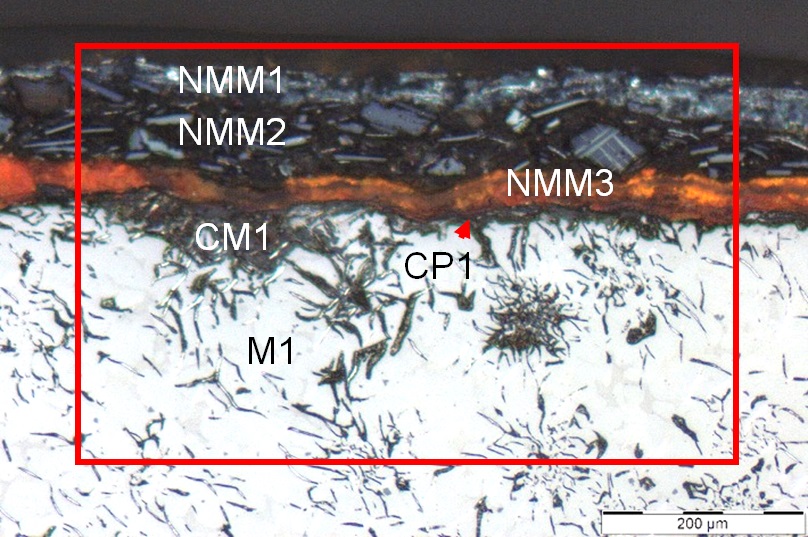 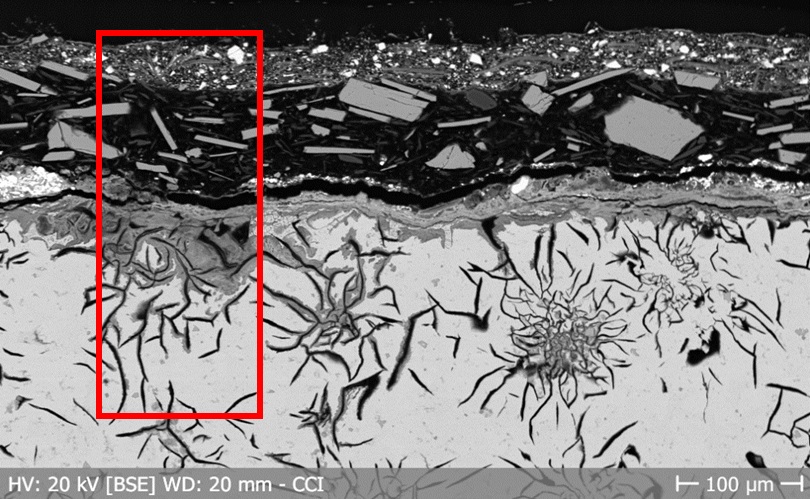 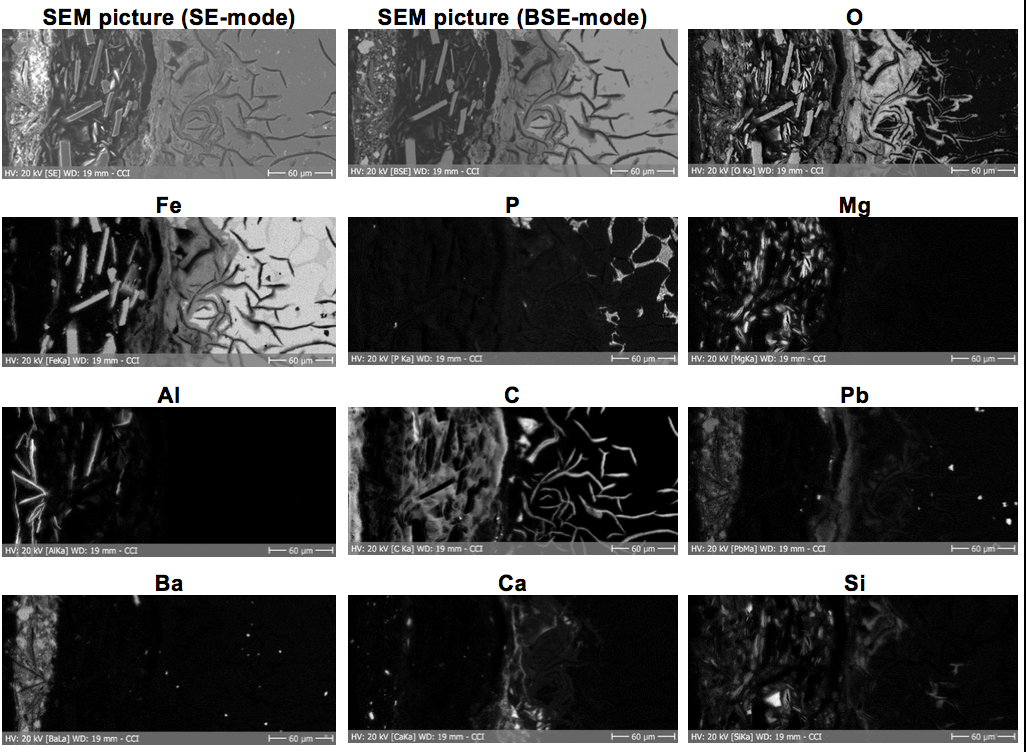 Fig. 11: Stratigraphic representation of the sample taken from the lamp post (?) fragment in cross-section (dark field) using the MiCorr application. The characteristics of the strata are only accessible by clicking on the drawing that redirects you to the search tool by stratigraphy representation. This representation can be compared to Fig. 8, credit MiCorr_UiO-IAKH, M.Hovind.

Fig. 12: Stratigraphic representation of paint layer in cross-section based on Fig. 5 using the MiCorr application. The characteristics of the strata are only accessible by clicking on the drawing that redirects you to the search tool by stratigraphy representation, credit MiCorr_UiO-IAKH, M.Hovind.
Synthesis of the binocular / cross-section examination of the corrosion structure