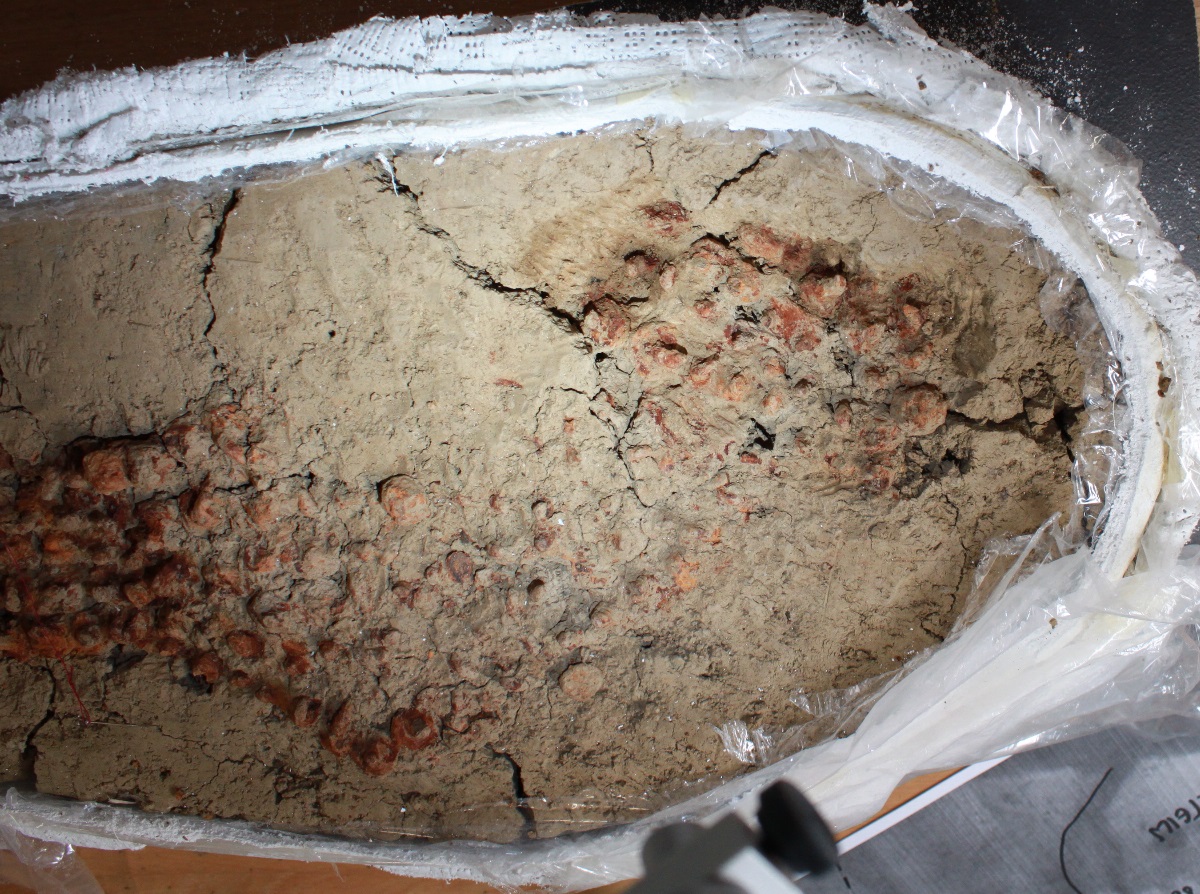 Fig. 1: The block-lifted object before conservation.

Nail from a block-lifted Roman shoe (Fig. 1). The forged nails were hammered into the leather soles on a bucking tool. Average dimensions of the shoe nails: L = about 14mm; diamter = 11mm; W = up to 0.8g. 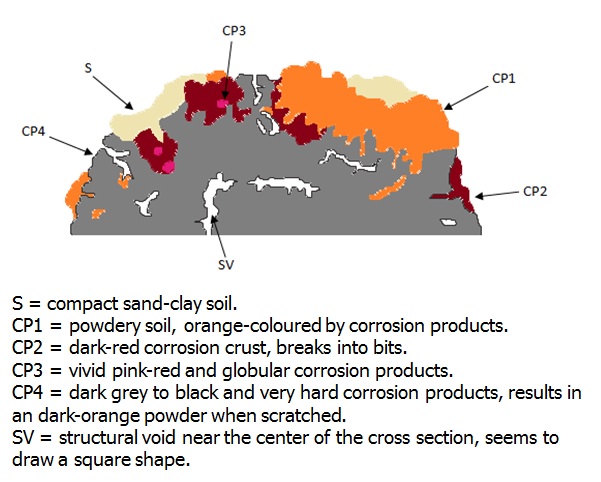 Fig. 3: Preliminary stratigraphy based on the observation of a broken nail, 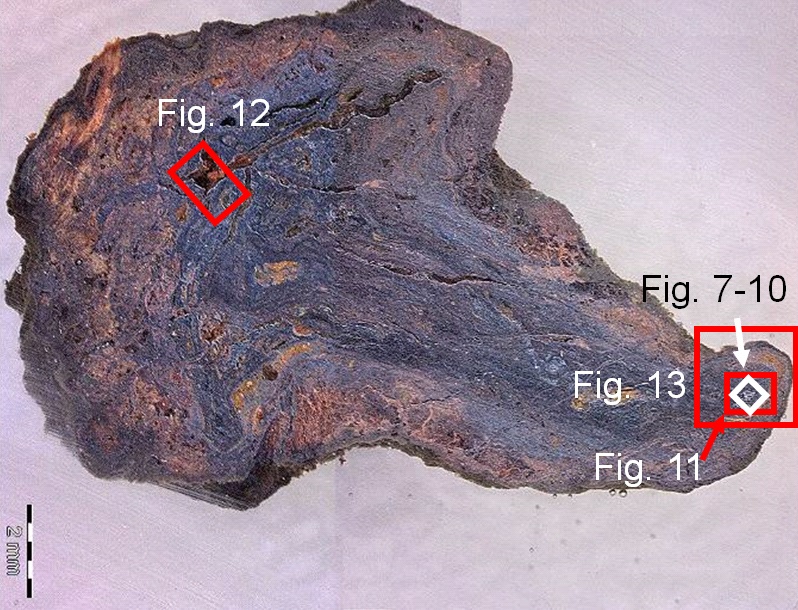 Fig. 4: Micrograph of the cross-section showing the location of figs. 7 to 13, 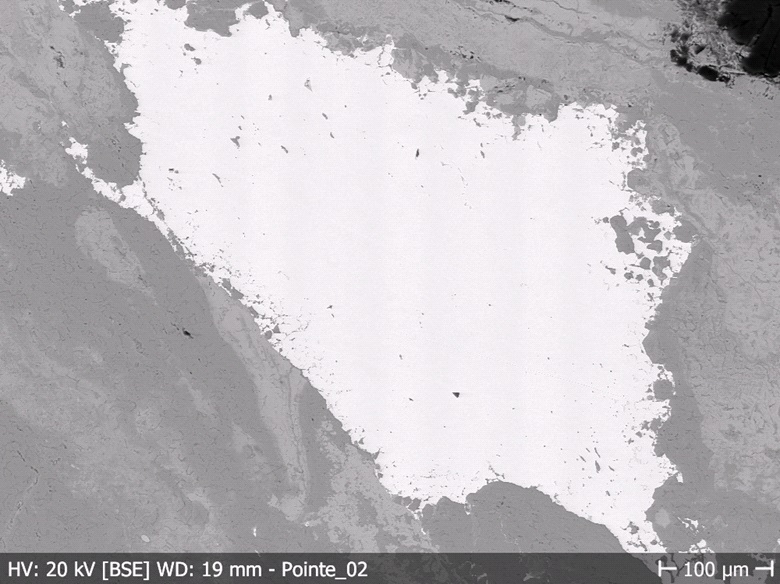 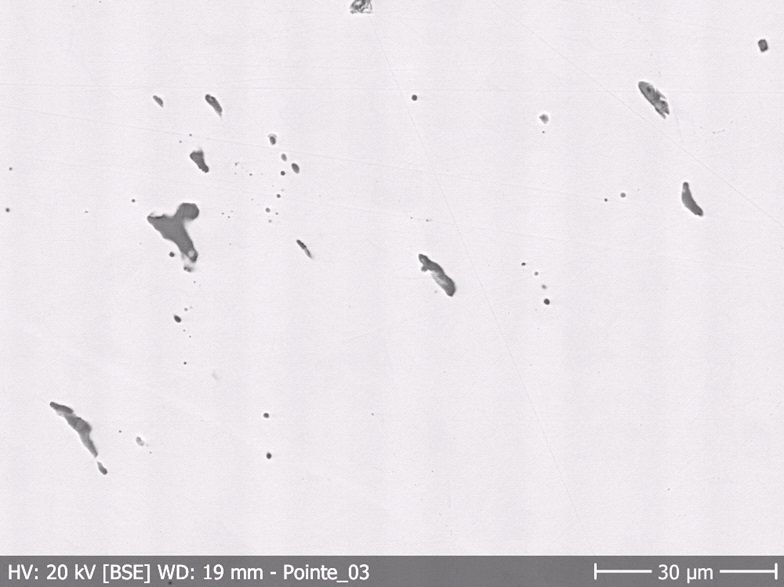 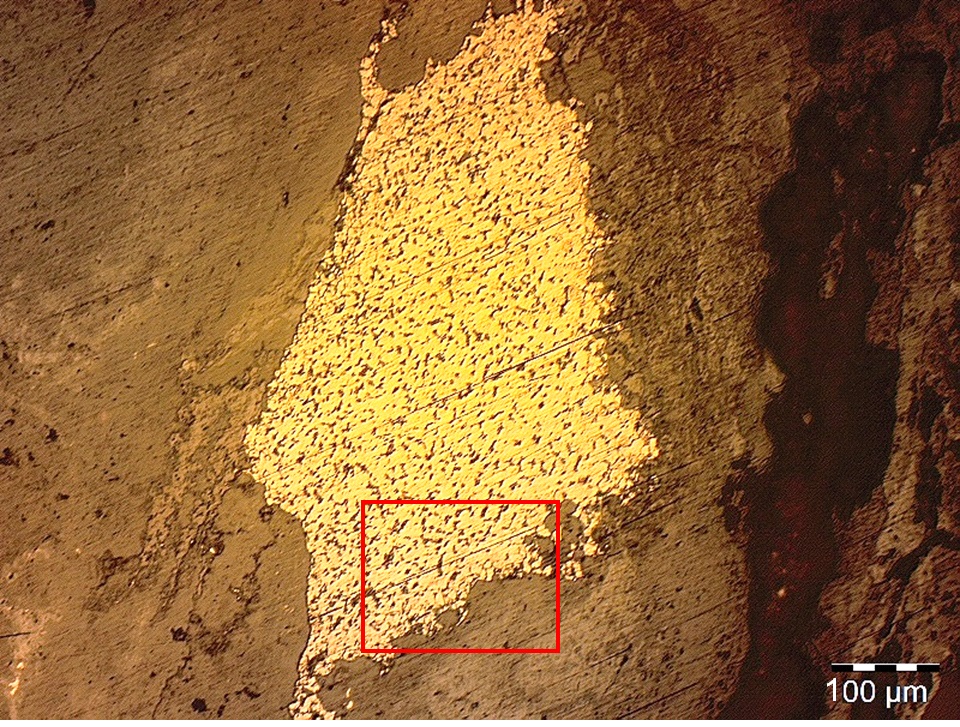 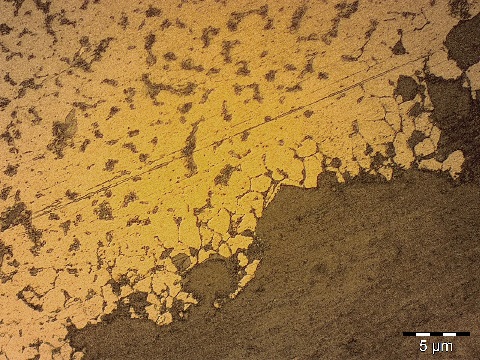 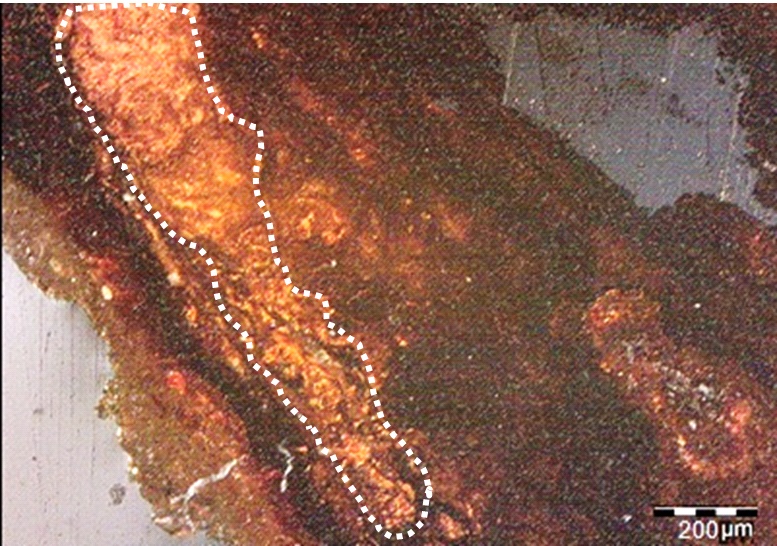 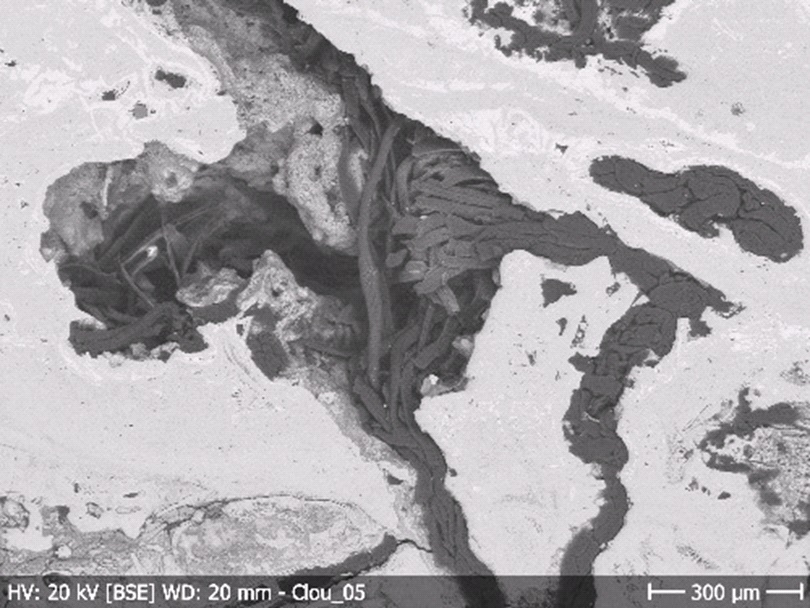 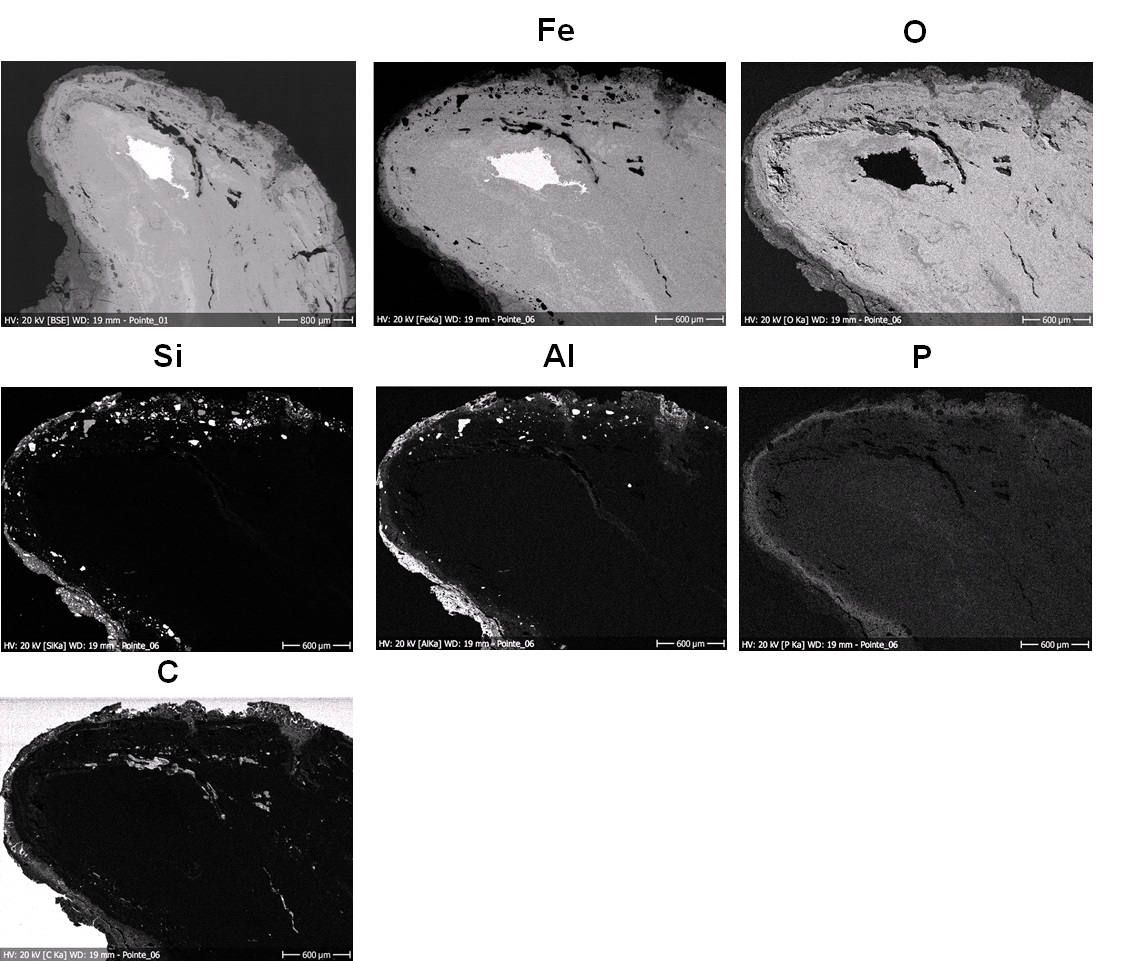 Fig. 6: Stratigraphic representation of the object in cross-section using the MiCorr application. This representation can be compared to Fig. 14, credit MiCorr_HE-Arc CR, V.Chappuis.

Based on the analyses carried out, the schematic representation of the stratigraphy of corrosion layers was corrected (Fig. 14). The following strata were identified: 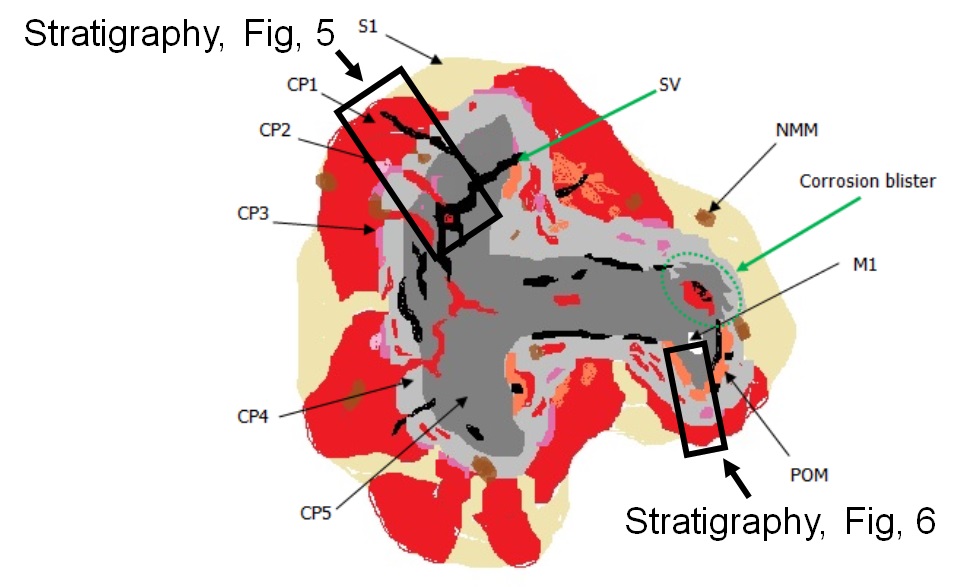