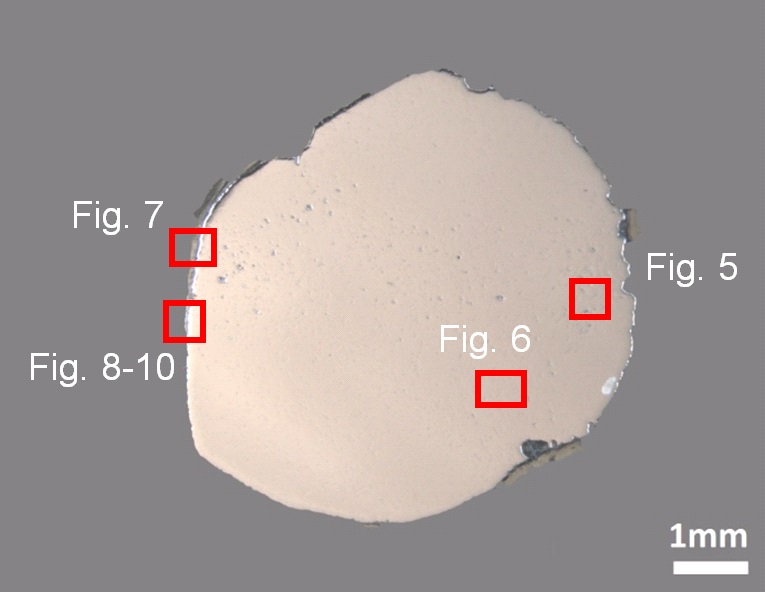 Fig. 3: Micrograph of the cross-section of the sample taken from the tang fragment of a knife with brown patina showing the location of Figs. 5 to 10,

Fig. 4: Stratigraphic representation of the sample taken from the tang fragment of a knife with brown patina in cross-section using the MiCorr application. The characteristics of the strata are only accessible by clicking on the drawing that redirects you to the search tool by stratigraphy representation. This representation can be compared to Fig. 9, credit MiCorr_HE-Arc CR. 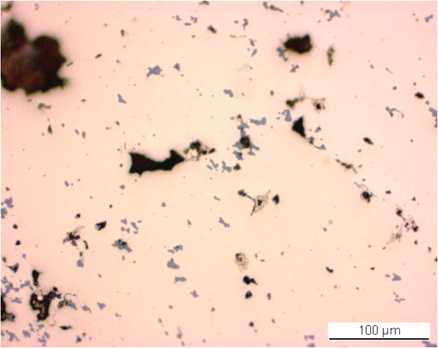 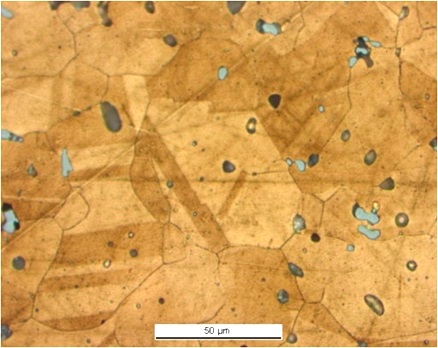 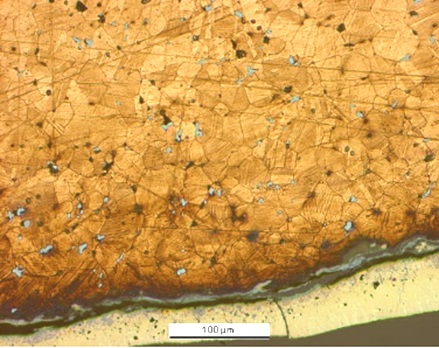 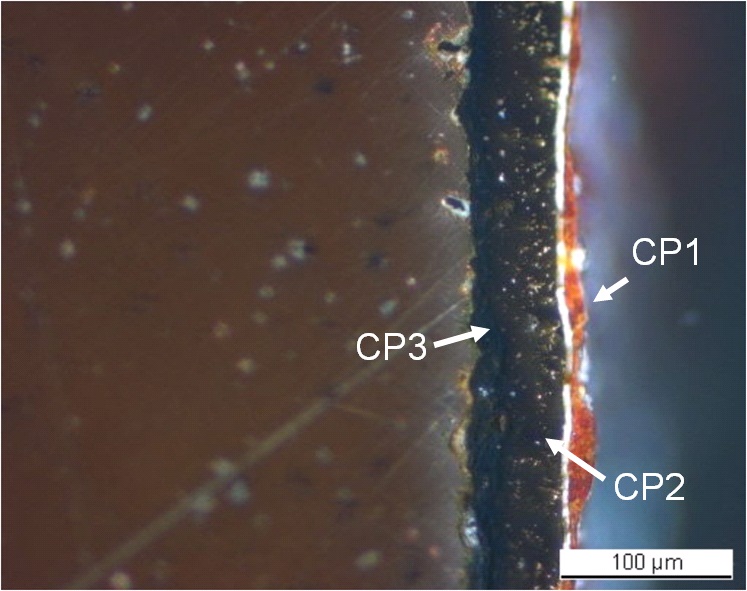 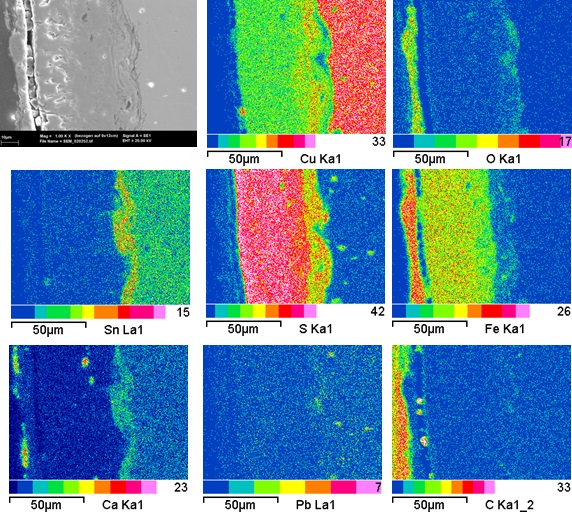